Dietro il Teatro B&B is the idea of ​​two brothers, Ernesto and Fabrizio. They decided to restore and transform an old property owned by their ancestor. It was an empty building for years and it passed from one generation to another. The two brother made it their own home and at the same time it is a welcoming accommodation. The idea goes hand in hand with their desire to live authentically in their home-territory and to enhance its artistic and cultural beauties, offering a comfortable accomodation to those who want to know it more closely. Dietro il teatro B&B is contributing to the development of tourism and to the local economy. After a year of careful restoration of the premises, thanks to the passion and enthusiasm of the two young owners supported by their father, Girolamo, their idea becomes Dietro il teatro B&B.

The apartment is located on Piazza delle Stigmate, a stone’s throw from the Teatro Massimo, a quiet place made even more enjoyable by the presence of a small tree-lined villa and its fountain. This last one inspired the creation of the B&B logo. From the main balconies of the apartment you can see the square and hear a light sound of bubbling water giving a sense of calm and serenity to those who pass by. The atmosphere you breathe is familiar but at the same time refined, typical of a modern and comfortable dwelling. The property offers spacious, bright and welcoming rooms. The B&B is a 2-minute walk from Piazza Verdi where it stands the Teatro Massimo Opera House of Palermo and the pedestrian street via Maqueda, 5 minutes from the Capo Market, 10 minutes from the Quattro Canti Square, 15 minutes from the Central Station, the Port and the Cathedral. 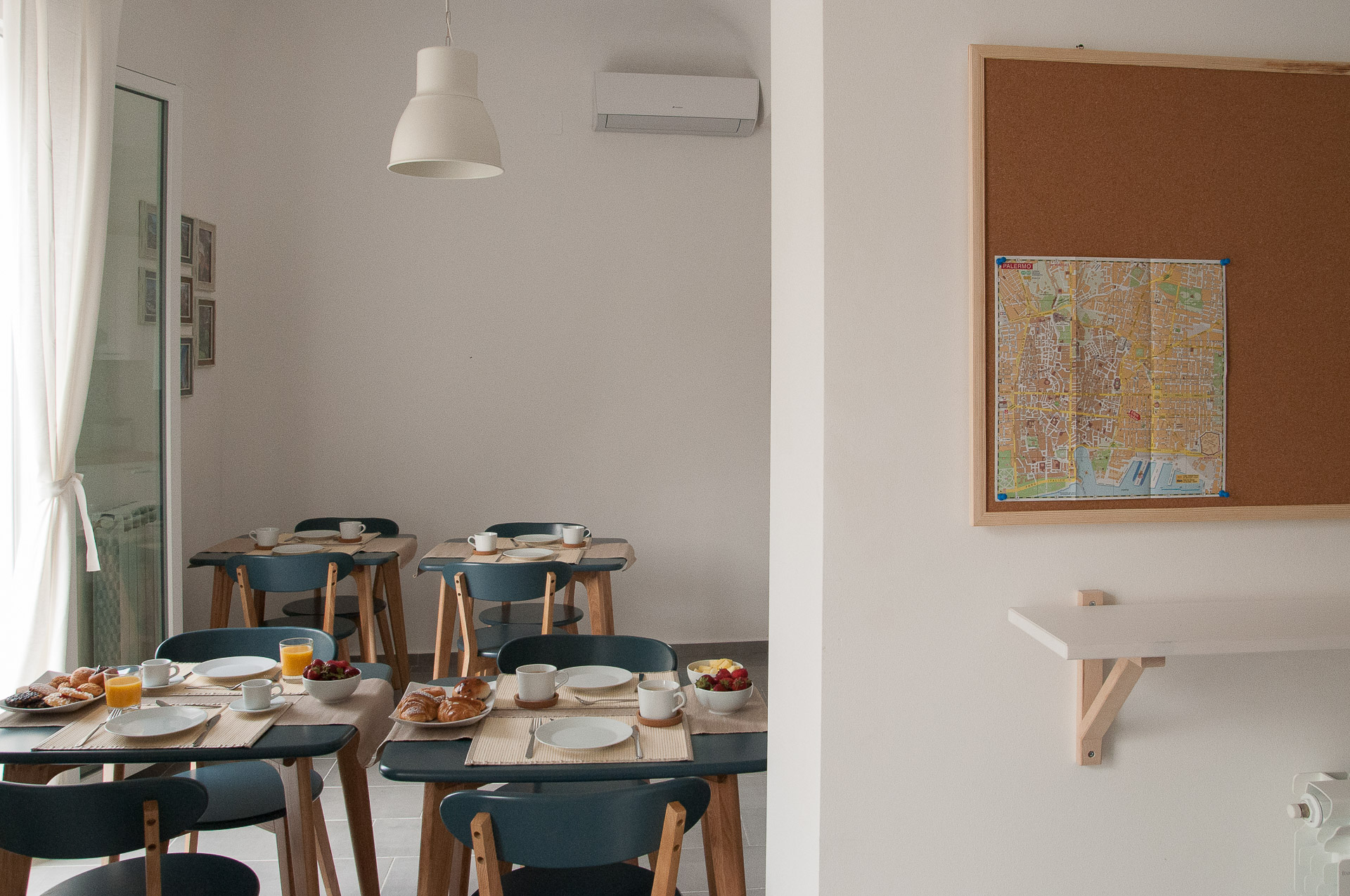 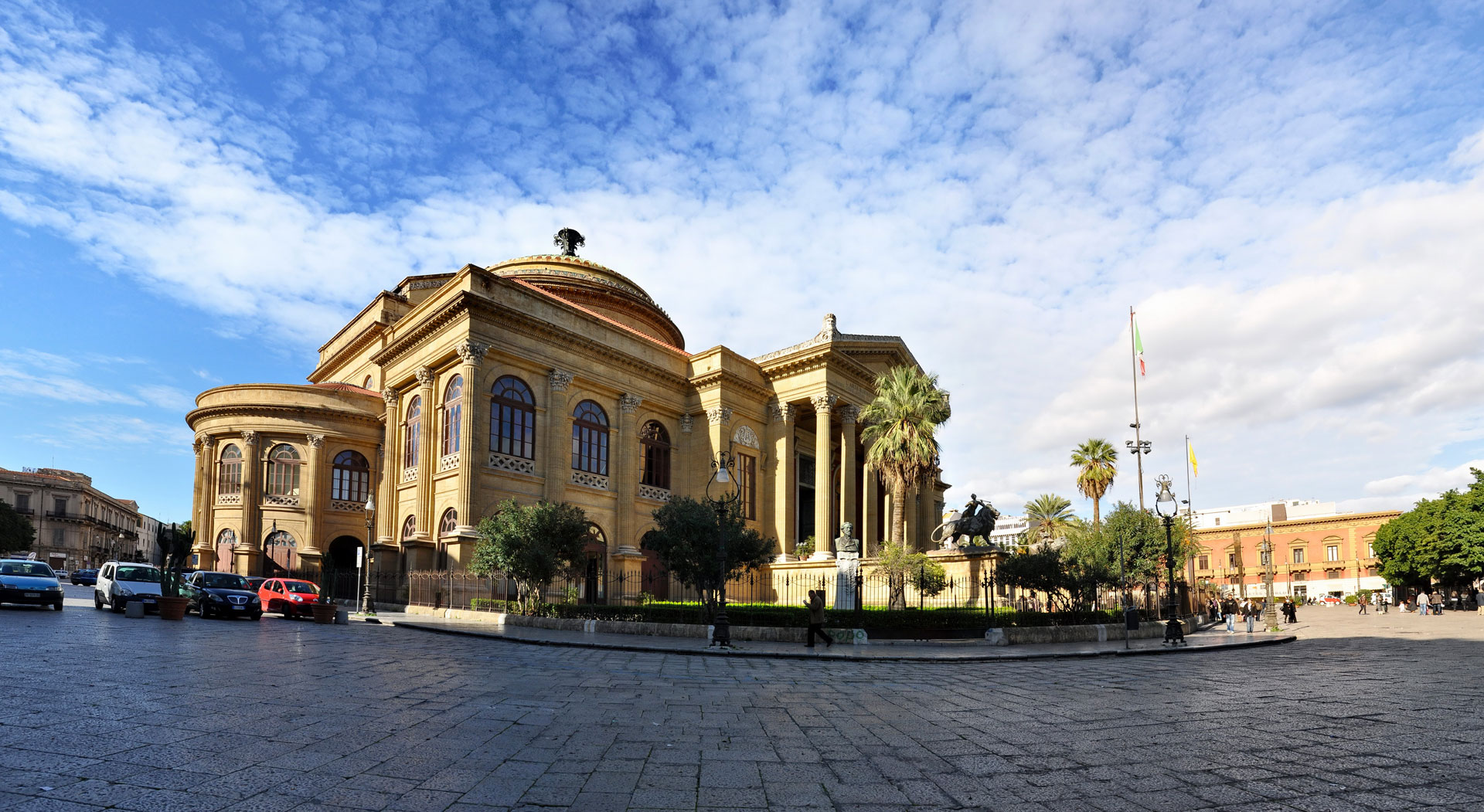 In 1864, the mayor of Palermo Antonio Starabba, Marquis of Rudinì, banned an international competition for the creation of a lyrical theater in the center of the city. The winner was the architect Giovan Battista Filippo Basile. The place chosen to build the theater involved the demolition of churches and monasteries, some of which date back to 1300, including the Church and the Monastery of the Sigmata of St. Francis, from which today it draws its name to the square where B&B Dietro il Teatro is located.

The new theater should have been so beautiful and great to rival the major European theaters and, therefore, able to give resonance and prestige to the city. The first stone was laid in 1875, but the work was officially started in 1890, when Giovan Battista Filippo Basile died, so the direction of the work was entrusted to his son Ernesto. The inauguration took place on 16 May 1897 with a work by Giuseppe Verdi, the Falstaff. The theater, originally called “Vittorio Emanuele” was called “Massimo” because of its capacity that made it the third largest theater in Europe.

The historic center of the city is divided by the intersection of the two main streets of Palermo, via Maqueda and Corso Vittorio Emanuele. At the center of this crossroad, thereis an octagonal square. On the four corners or chants the convex façades of four sixteenth-century palaces rise. In the lower part of the fountains surmounted by the statues of the four seasons, in the niches of the upper orders there are the statues of four Spanish kings and, at the highest level, those of the protectors of Palermo: the Saints Cristina, Ninfa, Oliva and Agata, then replaced by Santa Rosalia.

The intersection delimits the four cantons or neighborhoods where, at one time, Palermo was subdivided: Albergheria, Capo, La Loggia, Kalsa each one entrusted to a saint.

The B&B Dietro il Teatro is located few steps away from Via Maqueda, which has become a pedestrian area and bicycle path to the Four Canti and the Cathedral in 2016. 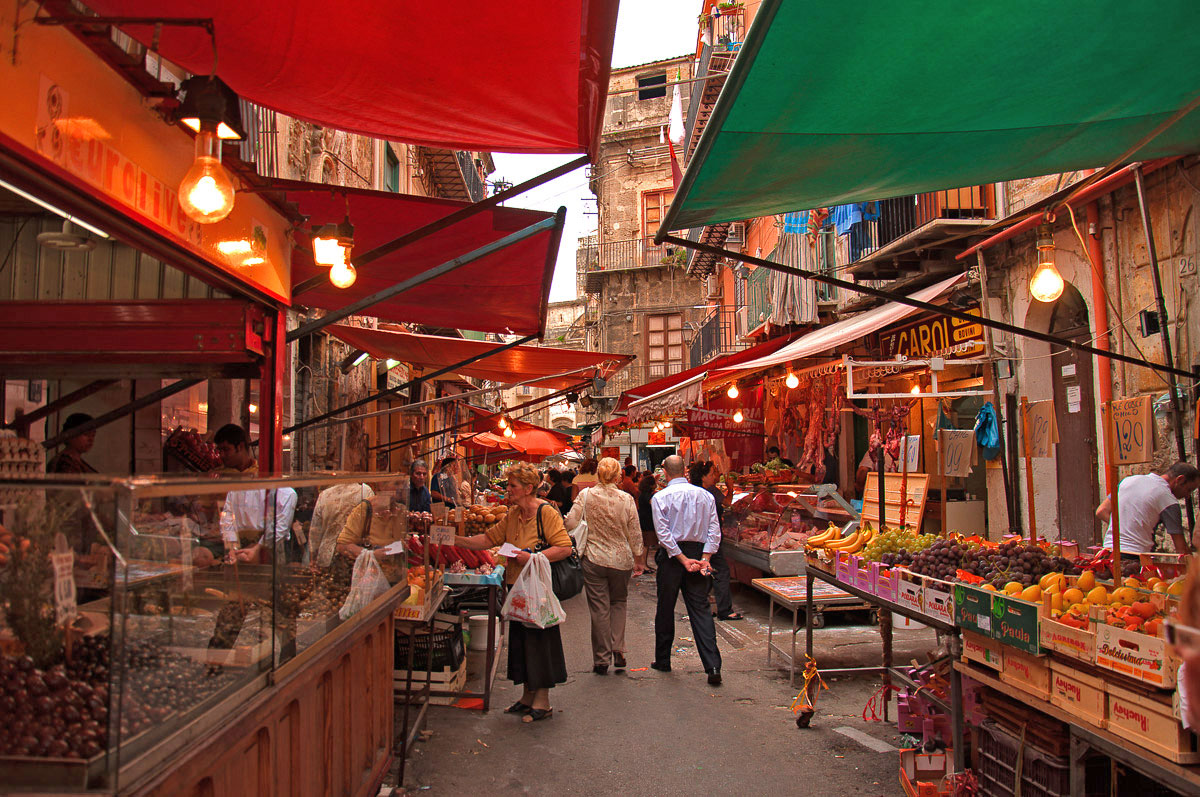 In the four historic districts of the city divided by Quattro Canti, the four oldest historical markets in the city are still present: Ballarò, Capo, Vucciria and Kalsa. Ballarò is the oldest in the markets of Palermo and extends from Casa Professa square to the Tukory course bastions, towards Porta Sant’Agata. Vucciria stretches between Via Roma, Cala and Cassaro. The proximity to the city port stimulated the settlement of Genoese, Pyrénées and Venetian merchants and traders since the 12th century. The term comes from the French “boucherie” (“butcher” in English) from here “Bucceria”. The market was originally intended for meat sales. Subsequently it became a fish, fruit and vegetables market. Today is a place where young people use to hang out and spend their nights, and has seen the transformation of shops into taverns, bars and restaurants.

The Capo Market, next to the B&B Dietro il Teatro, is located in the heart of the homonymous neighborhood between Porta Carini, the Palace of Justice, Via Sant’Agostino and the Via Cappuccinelle. It is an important point of food retailing and keeps popular elements of the typical Mediterranean market: the colors, the yell of the sellers, the stalls make it an essential element of the city. It is an active market every day, animated and folkloric.

It is distinguished from the Capo market because it sells mainly clothes, lingerie and shoes, all of good quality at a reasonable price, where almost all items and merchandise are purchased only after the agreement on the price has been reached, questioned and downplayed, ends with the content of sellers and buyers. As far as the history of the two main streets of the market is concerned, it is interesting to know that the Via Bandiera, populated between the seventeenth and eighteenth centuries by confectionery, pastry shop, shoemakers and fabric merchants, and once called “Pizzuto Road”. He extracted his present name from the presence of an iron flag supported by a white marble whistle, set about ten meters from the ground to the wall of the palace that makes the corner between the aforementioned road and Patania Street. The S. Agostino Street, joined by the Bandiera Road before the construction of the “New Road” or via Maqueda, is called the great highway of the Cape and also St. Mark’s Road. Instead, it takes its place name from the church of S. Agostino, Ingeves in 1275 and according to Father Tommaso Errero in 1244, with its side on the same via S.Agostino and with its main prospect on the Via Maestri d’acqua, on which opens with a splendid portal surmounted by a beautiful rosette, whose sides are carved the heraldic symbols of the powerful families of the Sclafani and the Chiaramonte, which embellished the aforesaid prospect. The church, rich in many stuccos executed by Giacomo Serpotta, is also called the church of S. Rita for the homonymous saint protector of the infirm and the partials. 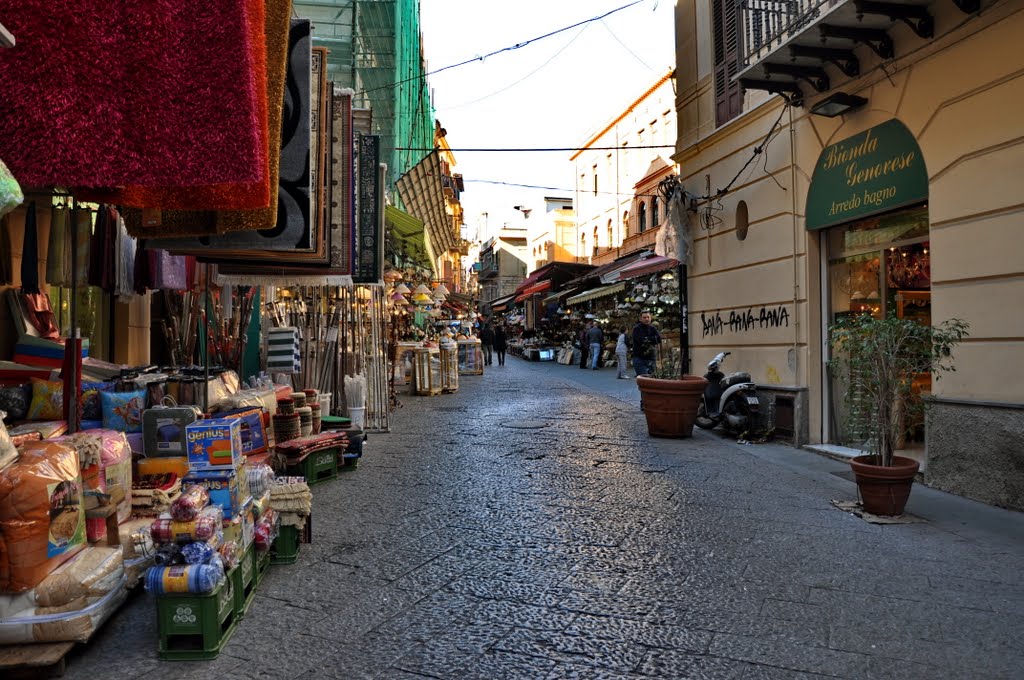